Warning: A non-numeric value encountered in /home/customer/www/clearhaze.tv/public_html/wp-content/themes/Newspaper/includes/wp_booster/td_block.php on line 352

ARE YOU STRESSING ABOUT BOOKING THAT CHRISTMAS DINNER YOU WERE SUPPOSED TO BOOK WEEKS AGO? C’MERE TO ME.

Dan Auerbach is one half of The Black Keys but also has a solo album called Keep It Hid. There is a 9 track live show on the excellent KCRW up on youtube, I would highly recommend checking it out. What to say about him apart from I am madly in love with him, his beard, his little hat and his insane voice and talent. Serious vibes between the band in this particular video, love it.

You can check out the rest of the live show here.

D’Angelo. That might be stretching the definition of a Dan but it’s my article so fuck it. He was gone for a long while but he is back now. His new album Black Messiah is really something but without a doubt for me his album Brown Sugar is definitely in my top ten albums of all time.
This is a live video of him singing one of my favourites of his in Paris. Swoon city.

Dan Deacon is an an American electronic musician. I’ve posted some of his live shows on my blog swooner rather than hater, you can check them out here. His most recent album, Gliss Riffer, is my favourite of his. His tunes can be pretty high energy, but the ones on this album are just mostly gorgeous. If you haven’t seen him perform live yet and you ever get the chance, and you are a fan of absolute vibes, you should check it out. He gets into the crowd with a microphone and organises big games for everyone when his songs are on. He talks a lot as well and he is a really positive and charming person. Usually when someone takes a microphone and starts talking about life to the crowd I’d be the first to be rolling my eyes, I’m a massive cynic basically, but he is really wonderful. The last time I saw him live properly was at Whelan’s and due to being massively hungover I didn’t participate in the games I just watched everyone else from above – he had two drummers giving it fucking socks and it was a surreal experience watching everyone play his games downstairs. I often wonder does he ever tire of putting on all the games at every gig. Maybe just once he’d like to come in and play his tunes and let everyone just dance however they want. This is an amazing video for his tune Learning To Relax – it’s a crazy visual feast and has a warning for epileptic viewers. But if you’re not epileptic get it into your eyeballs, it’s mesmerising. The song is so beautiful but also quite intense. I love it.

Daniel Avery makes savage tunes. That is all.

SO this is pretty simple. 4 amazing Dans, 4 amazing videos, 4 amazing albums. Check them out. If you play it on shuffle it makes for some pretty eclectic listening. 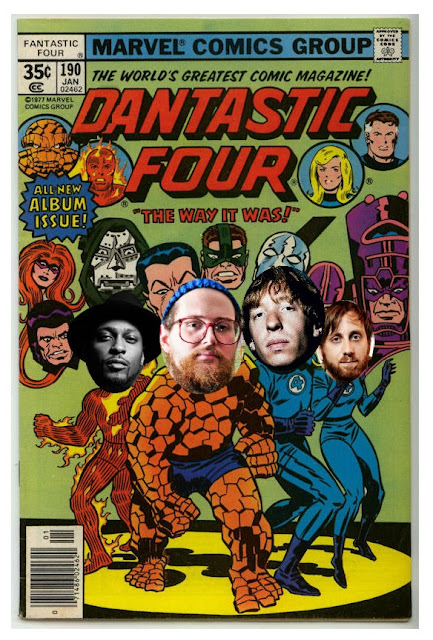 P.S An honourable mention: Steely Dan. one of my favourite tracks of all time, Peg:

Mark - March 29, 2018
0
Irish Hip Hop has had an incredible revival in recent times. This documentary explores and celebrates the wealth of talent and styles around the...